The Bishop of Brixton; The Phenom; The One and Only Jimmy Rogers; Prelude to # Black History Month 2020

The Phenom aka The Bishop of Brixton passed on the 1st day of Black History Month and as a tribute this (Covid infested) year we have decided to run the lanes and get ready to make the choice of ‘finger roll’ or the spectacular ‘slam dunk’.

To the post millennium people, Brixton on one hand was like “Everyone Loves Raymond”, when E V E R Y B O D Y – thought of Brixton in a “Everybody Hates Chris” Scenario. That vision was built/created/ and delivered by Jimmy ‘The Phenom’ Rogers…..To put it in the TV sitcom analogy the fact is for the Pre millennials Brixton was like “Love Thy Neighbour” – Laughed at, cried to, discriminatory, bigoted, rivalry, jealousy, systemic racism and one mans fight to overcome all with a sense of love and admiration tied in behind the scenes.

Like everything we have to acknowledge the club is the phoenix that rose from the ashes of the riots of the 1980’s, on the back of the struggle for equality and justice , during an era of police harassment, it’s ironic that one year after his passing Brixton has once again been the scene of social unrest, with the cry of BLM in 2020 echoing in the street, the sound of a bouncing ball still provides the beat at the heart of the club.

Jimmy had a small circle both male and female but his true friends were those from Liverpool’s L8 district – The Toxeth terrors of the 60’s& 70’s who he kept a friendship through till his day of passing. People like Paul ‘Ambo’ Ambrosius, Manna, (Who were both coaches Junior Topcats and Lady Topcats at some stage) & Vinny. Jimmy’s biggest friend was Merlin his wife – who he told everything to and I mean everything! This was at the time of the legendary sessions at Dick Shepard School and that was when I met Jimmy in the late 80’s.

The Rough House of Fun & Dunking became famous and synonymous with great basketball areas of entertainment of the level only seen in the USA – The Rucker – ChiTown – LA playgrounds where the streetball produced the games GOATS. Jimmy was also known as “The Bishop of Brixton” and the Rec was his chapel where he directed the congregation with his enthusiasm to entertain them on the basketball court.

The rejects of the locality and beyond came to Brixy to see if they could be turned around by the voice of ‘GOD’ the one who could easily be stereotyped as he shouted with an authoritarian tirade of ‘Get down’ – run harder – back on the line (suicides)….AGAIN….Go! He was a man who would Eat, Drink, Shit & Sleep basketball. When Jimmy was up, he was like the life of the party (like a bouncing ball), when he was down it was like someone had let the air out of (the ball) his body.

Jimmy was an advocate for education. Starting at the end of a season generally MAY, a typical sight encouraged was players and members sitting in the gym revising before, during and after sessions. This inspired those that did not recognise that education was important to strive to do better themselves. Peer to peer education was apparent and encouraged throughout the year. Jimmy knew and promoted ..

“Education is the KEY”

Jimmy’s joy through sport and education was getting kids from all over London and insist that they got the opportunity to learn to shine on and off the court. Jimmy made people who felt and were often told they were rubbish start to feel good.

The other Jimmy, the caring, sharing, compassionate awe inspiring one was always present in the gym when speaking with babies, children, young people, parents and carers sometimes pointing them to agencies for support or the like to help them out. Jimmy would offer his house for those who were in bad times or needed respite or space in their lives to breathe. Jimmy’s giving by a word, a deed, big or small impacted many which is why he will never be forgotten.

The voice of God:

“It’s all about the kids”

Many people saw Jimmy as their worst nightmare others as the BFG (Big Friendly Giant) when they walked into the gym for the first time. But, after a while they would all succumb to his warmth and love for the development of the game and people. In reality, it was all about helping anyone to progress, to stand up, to parents, to carers. A classic example was that Jimmy never kicked anyone out of the club – people who left did so of their own accord – even if he tried to make that said person understand that they had to adapt into their role in the club like they will have to in society. He created the winning is an attitude mentality. He held the reigns in Jimmy’s bespoke leadership style.

What people don’t and can’t (even to this day) understand is that Jimmy was the person that had so many roles in the Black (in the political sense) community it’s a wonder that he had the time to run a basketball club at all. Jimmy was the marriage counselling, the relationship maker and breaker (It’s basketball or me?), the father, the bank, the hotel manager, the person who actually did live & breathe basketball (American sports). He was in the ‘Aggrey’ part of his name ‘UNCLE’.

That was Jimmy. That is what Jimmy did.

Jimmy scrutinised financially. Grants require applications and that meant Key Performance Indicators (KPIs), monitoring, transparency, and accountability. Some when they arrived at the club would whisper that Jimmy was a megalomaniac only to discover was that he loved his baby, and his baby was Brixton Basketball club.  Jimmy was unruly but guided by the principle to make a difference to others.

Funding aside, over the years Jimmy bent over backwards to keep the club running where funding was not always there. It was a rob Peter to pay Paul system and anyone who runs a basketball club knows what that means. It meant dipping into his personal money and sometimes asking for a loan from friends, family, and alumni. Somehow Jimmy made it work with people who believed in him and supported the club and him behind the scenes. Those people know who you are. Thanks.

Jimmy’s vices were BASKETBALL, talking basketball, watching basketball, reading about basketball then, ciggies, music and rum. Jimmy could fill a room as soon as he walked into it; he had a charisma unmatched. Jimmy attended an annual pilgrimage to the NCAA Final Fours in March, where he adopted the ‘Winning Is An Attitude’ mantra after he read John Chaney’s book ‘Winning is an Attitude; A season in the life of John Chaney and the Temple Owls’ (1989). Apart from young people’s development the other elixir of life for Jimmy’s continual and personal development was him attending the greatest sports spectacle in the world the “FINAL FOURS” – funny thing was that this would generally be the most important time of the British basketball league for the club and Jimmy would be just gone (his guilty pleasure if you like).

Jimmy had a love for partying. He could be seen frequenting the ‘Mango Landing’ pub at the weekends and prior to that many functions like weddings, christenings, and of course significant birthdays of the alumni. Jimmy would often ask for a specific record something like Ronnie Jordan’s – ‘So What!’ To inspire him to focus on the game and enjoy the music at the same time. He loved Jazz! Jimmy loved life.

Significant Coaches and Others

All coaches are important at Brixton, all of them.

Jimmy invested heavily in the coaches at Brixton:

“A partnership that does not have benefits for both parties, is not perceived as being equal and is indeed a recipe for failure”

“The cornerstone of the club is to focus on the spiritual, physical and emotional development of all ages, races, genders and abilities”

I would like to say thank you to ALL the coaches that have been a part of the Brixton Topcats organisation with a special mention to Paul Ambrosius, Manna Elliot, Andrea Norton, Ronnie Baker, Andy Powlesland, Steve Vear who all went above and beyond just being coaches.

The people behind the scenes who keep the ball bouncing (even when the ball seems about to go flat) aka the administration staff and management committee. The visiting Officials and Table officials who came and stayed in the club like Anne Pittman (RIP) & Tracey Griffiths, years of dedicated service, outstanding givers. – To Paul Ambrosius and Ruth Smith for guiding the club to Community Interest Company (CIC) status and all those at the club today that have tried to resurrect the club post Jimmy passing.  Thank you.

A very special thanks to the person who put a photo and rose on Jimmy’s grave on the death of his anniversary this year. Beautiful.

Jimmy could have been a voice over talent – but for some reason he refused to do it – maybe because the ball did not bounce in that direction for him to pursue it. I don’t think there is one of us here who will not forget his distinctive booming voice. A voice many of us still hear booming in the streets of Brixton and at the Rec to this day.

Although this is the end of BHM as a club the word black would be used in a political statement to encompass diversity of the members in the club.  It has to be said Jimmy was always all inclusive but the fight for racial equality, to stand up and be proud to be black, proud and high achieving… everyone in the club knew what Jimmy stood for and everyone, black, white, red brown, yellow was on the same page…

Right now, Jimmy is on the free throw line – he puts it up ….

Memoires of The Phenom 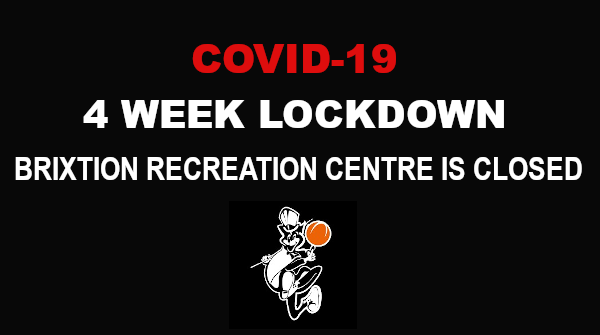 Yesterday evening was a sad time for us all here at the Topcats family. As we closed our doors again…